Two men were shot Wednesday morning on a Muni train in San Francisco, leaving one of the victims dead. Police have now released images of a person of interest in the shooting.

SAN FRANCISCO - Two men were shot Wednesday morning on a Muni train in San Francisco, leaving one of the victims dead.

The shooting occurred around 10 a.m. between the Forest Hill and Castro stations and the suspect fled from the train at the Castro station, according to Supervisor Myrna Melgar on Twitter.

The suspect is still at large. He was last seen wearing a dark-hooded jacket running away from the Castro station.

Late Wednesday evening, police released images from surveillance video of a person of interest. The person is wearing a black jacket, white sneakers, dark pants and a black shirt. He also has blue headphones and a red backpack. He is seen standing on a Muni light rail vehicle. Police are asking this person to come forward and to speak with investigators. 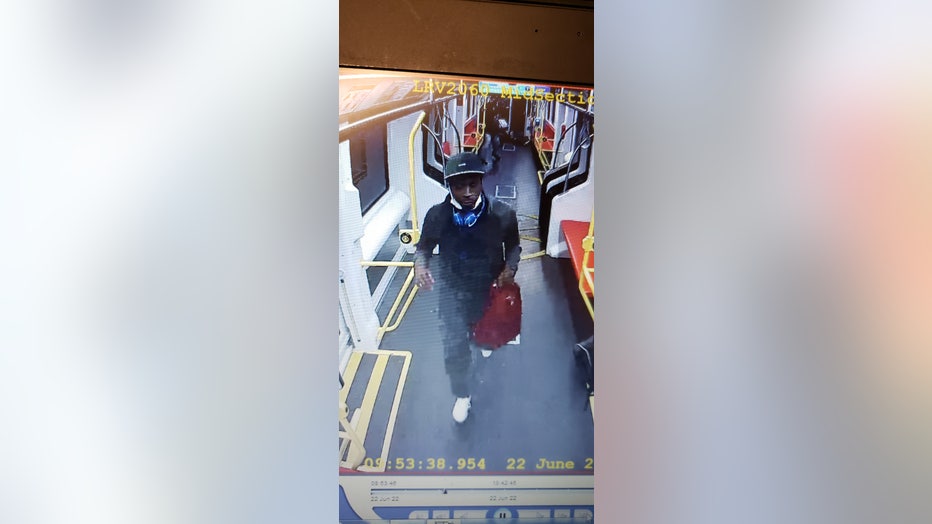 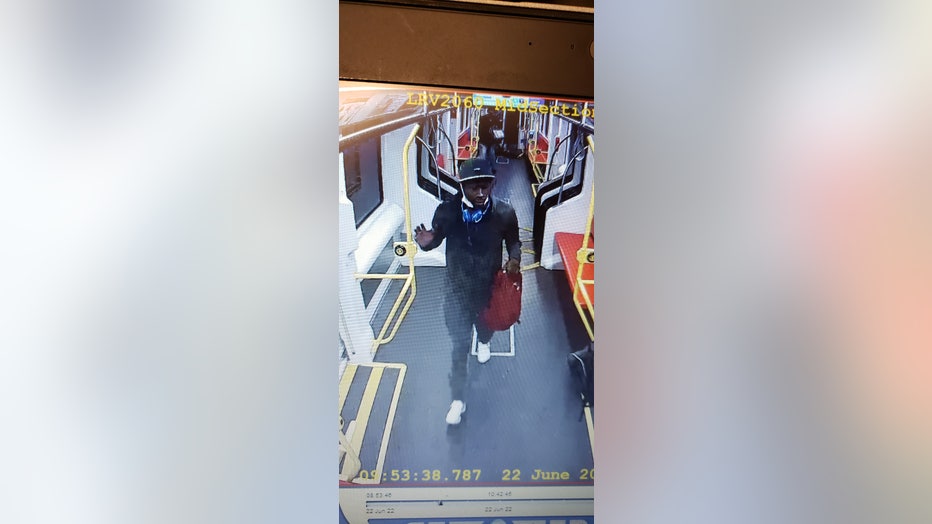 At a news conference before noon, San Francisco Police Officer Kathryn Winters said she doesn't know what exactly happened on the train, but it does not appear to be a hate-crime or related to any Pride events, noting that the shooting occurred in the city's historically gay neighborhood.

It was some sort of fight that occurred between people who knew each other, officials said. A verbal altercation onboard the light-rail vehicle led the suspect to pull a gun and shoot two riders.

Officers initially responded to Forest Hill Station at around 9:56 a.m. on a report of a shooting. When they arrived, the train had already left. They were notified it was heading for Castro station. That's where they located the two victims; a 27-year-old man who was pronounced dead at the scene, and a 70-year-old man who suffered non-life threatening injuries.

"When officers responded to the Castro station, they located two victims. Officers rendered aid and summoned medical attention," Winters said. The injured person, possibly an innocent bystander, was transported to Zuckerberg San Francisco General Hospital with non-life threatening injuries. The other victim died on the train. On Thursday, the medical examiner's office identified the victim killed as Nesta Bowen.

"All the Muni trains and all the Muni stations do have video. We do have personnel who are working on that to retrieve that video, so it can be analyzed and determine anything on there that will help us," said Winters.

1 killed in shooting on Muni metro, another injured; no arrests

Two people were shot Wednesday morning on a San Francisco Muni light-rail vehicle and one of them was killed. Police say it was an isolated incident unrelated to hate against the LGBTQ community. The gunman fled from Castro station and remains at large. A second shooting victim suffered non-life threatening injuries.

The time stamp in the surveillance image is three minutes before officers responded to the reported shooting.

Police have asked any potential witnesses, or those who may have recorded video or taken photos of the incident to come forward.

"I have confidence that they're gonna investigate this and pursue it and find out very soon and will bring that person to justice," said SF Supervisor Rafael Mandelman, who represents the Castro District.

This weekend, San Francisco will be hosting its massive Pride parade, drawing people from all over the region and world to celebrate the LGBTQ community.

Winters assured the public that police would be on high-alert this weekend.

Still, the violence mid-morning was shocking to many, including Supervisor Myrna Melgar.

Deadly shooting on Muni in the Castro

Two people were shot Wednesday morning on a Muni train in the Castro neighborhood, leaving one of the victims dead. The suspect is still at large. Tom Vacar reports

"The violence that's going on in the country is spreading," said Muni rider Judy Golden. No doubt, it hurts Muni's image with riders. "It's the people who were there, heard the sounds and saw it happen, and I mean the trauma of that is incredible," said Golden.

An hour after the shooting, SkyFox flew overhead, showing a heavy police presence with dozens of officers and patrol cars surrounded the area.

"We have too many guns out there," Melgar tweeted. "Too, too many."

State Sen. Scott Wiener said this shooting is very personal to him, as he lived in the neighborhood for 25 years and has taken that train more times than he can count.

"It's absolutely horrific and just so tragic," Wiener said. "This is just another reminder that our society is awash with guns."

With the victim's body now at the coroner's office, Castro station reopened at around 2 p.m.

"We are working with the police. They're really taking the lead on how long the investigation will continue, but we are fully capable of [returning] service to normal once we get that all clear," said SF Municipal Transportation Authority spokesperson Erica Cato.

The victims in the shooting have not been identified.

SF police say Muni shooting in Castro was not hate-related

San Francisco Police Officer Kathryn Winters said she doesn't know what exactly happened on the train but it does not appear to be a hate-related incident or related to any Pride events, noting that the shooting occurred in the city's historically gay neighborhood of the Castro. 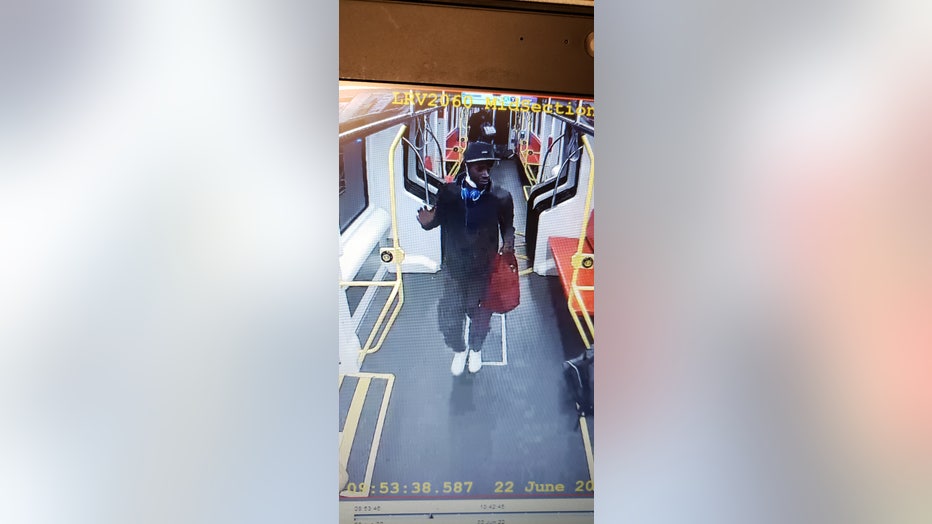