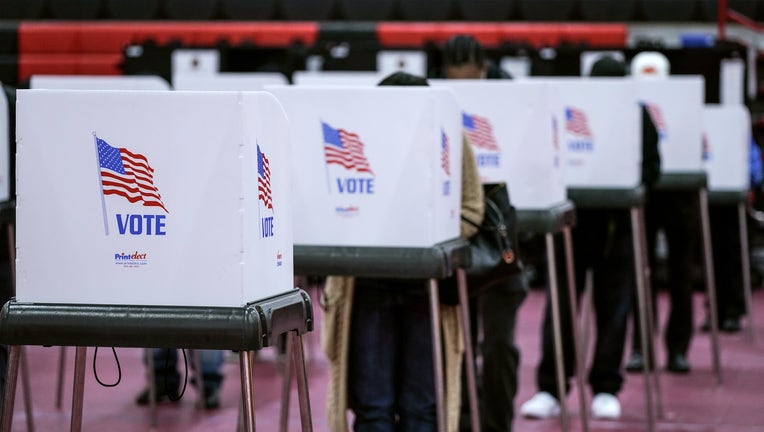 OAKLAND, Calif. - Poll workers at a voting site in Oakland incorrectly told up to 200 people that their paper ballot was only a receipt and that it could be taken home, leading to the votes not being counted, a coalition of voting rights advocates alleged in a complaint to Alameda County's registrar of voters.

The groups said the errors occurred on the campus of Mills College, where some voters who used an electronic device to mark their ballot were wrongly told it was keeping a digital record of their selections on federal, state and local races and that a printout of their votes was their “receipt” to take home. In reality, the printout needed to be handed to poll voters in order for their ballots to be counted, representatives of 15 civil rights and voting rights groups wrote in a letter Thursday to Tim Dupuis, the county registrar of voters.

In a news release on Friday, Dupuis said the number of affected voters was at most 160 and said 22 of the ballots mistakenly taken home had been recovered by his staff.

“So far, the number of ballots that may have been retained is not sufficient to determine the outcome of any race,” Dupuis said in the statement.

He said there was no indication the problem arose at any other vote center.

The groups, which include the Asian Law Caucus, ACLU Foundation of Northern California and Oakland Rising, called for better training of volunteer poll workers. They also complained about significant delays by Alameda County officials in the distribution of ballot drop boxes, a key component of election plans across California in response to the COVID-19 pandemic, and failures to provide proper access to ballot information for non-English speakers.

Julia Marks, a staff attorney for Voting Rights and the Census at Asian Law Caucus, said the organization does not typically send a letter or publicize every irregularity they see in monitoring California elections, but that the problems in Alameda County do appear systemic and need to be fixed with proper training and better practices countywide.

“We do recognize it’s very difficult to administer an election,” Marks told the East Bay Times. “But as an organization that advocates for immigrant Californians, we think providing language access is just as important.”