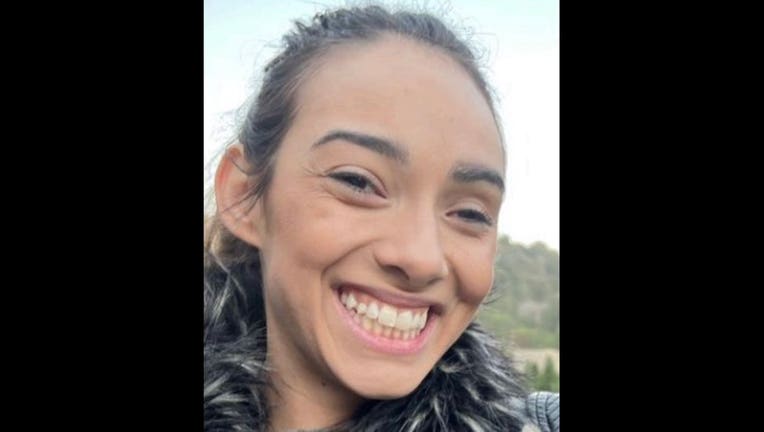 Madyson James who had been reported missing in San Francisco was identified as the driver going the wrong direction in a deadly crash on I-80.  (KTVU FOX 2)

CROCKETT, Calif. - A woman who allegedly caused a deadly collision by driving in the wrong direction on I-80 was identified as a person who'd been reported missing in San Francisco.

Madyson James, 29, was behind the wheel Sunday when her Honda SUV smashed into a Tesla near the Carquinez Bridge, sources confirmed to KTVU.

The two vehicles became engulfed in flames, the California Highway Patrol said. Both victims were pronounced dead at the scene of the crash.

James, who was driving a Honda SUV, was going the wrong way into the eastbound lanes and collided head-on with a Tesla. The Honda and Tesla became fully engulfed in flames, CHP said. Both drivers were pronounced deceased at the scene.

The San Francisco police reported James missing Monday morning. She had been last seen in the 1900 block of Union Street getting into her Honda SUV Sunday midnight.

The Contra Costa County CHP is investigating the crash.