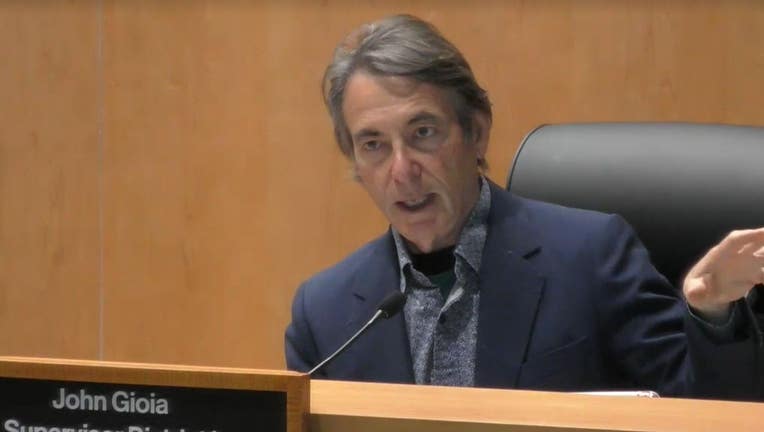 MARTINEZ, Calif. - A Contra Costa County Supervisor is toying with the idea of severing the sheriff's contract with three cities in light of the nearly $10 million the county paid out to the families of two men who were killed by one deputy patrolling Danville.

Supervisor John Gioia asked county staff to research how much it costs the sheriff to provide services for the cities of Danville, Orinda and Lafayette – and whether it's worth it to do so – and return those results by June 21.

"It does raise the issue that we are exposed to additional liability by providing these contractual services," Gioia said at last month's board meeting.

He added in an interview on Wednesday: "We should be recouping all the costs."

Specifically, Gioia wants to know if the three cities are paying the sheriff enough money to conduct police work for them – including insurance to cover legal costs – as the county recently settling two wrongful death cases with the families of Laudemer Arboleda and Tyrell Wlson, paying the families $4.9 million and $4.5 million, respectively.

One former deputy – Andrew Hall – killed both men while he was providing law enforcement services for the city of Danville.

In March, Hall was sentenced to six years in state prison for Arboleda's 2017 death. The jury declared a mistrial on one count of involuntary manslaughter, but found Hall guilty of assault.

Hall has not been charged for Wilson's March 2021 death; the case is still with the District Attorney.

Until these two settlements, a KTVU investigation revealed that Contra Costa County has had a relatively low police payout rate – $1.5 million – for wrongful death and excessive force suits stemming a five-year span.

In an email, Contra Costa County Sheriff David Livingston said it's up to the board and the county counsel to make that decision – not him.

"I am a firm believer in the contract city model," Livingston wrote.

In his opinion, he said that the model is cost-effective, because the cities reimburse the county, but it is not a profit center. Livingston added that the three cities do have liability insurance coverage.

"As sheriff," Livingston concluded, "I am always looking for ways to improve service delivery and welcome any review of the existing contracts."

Gioia said as far as he knows, he is the only supervisor who has brought up this idea and it's unclear where the issue might go.

Fully understanding how much money the cities pay in and how much the county pays out might help the supervisors decide if they should amend the city contracts or possibly even end them altogether, Gioia said.

Meanwhile, the board of supervisors voted Tuesday to spend  nearly $4 million on hiring more 29 more deputies and five sergeants to patrol the unincorporated areas of Contra Costa County next year.