Inaccurate results. Phony dates. Bogus promises. Those are the accusations against a COVID-19 testing company and partnering laboratory under investigation or sued by several states’ attorneys general.

OAKLAND, Calif. - Inaccurate results. Phony dates. Bogus promises. Those are the accusations against a COVID-19 testing company and partnering laboratory under investigation or sued by several states’ attorneys general.

Center for Covid Control and Doctors Clinical Laboratory, headquartered in Rolling Meadows, Illinois, had bags of bio-waste and boxes of PCR tests from across the country sitting unrefrigerated and piling up amid the holidays, according to former employees. 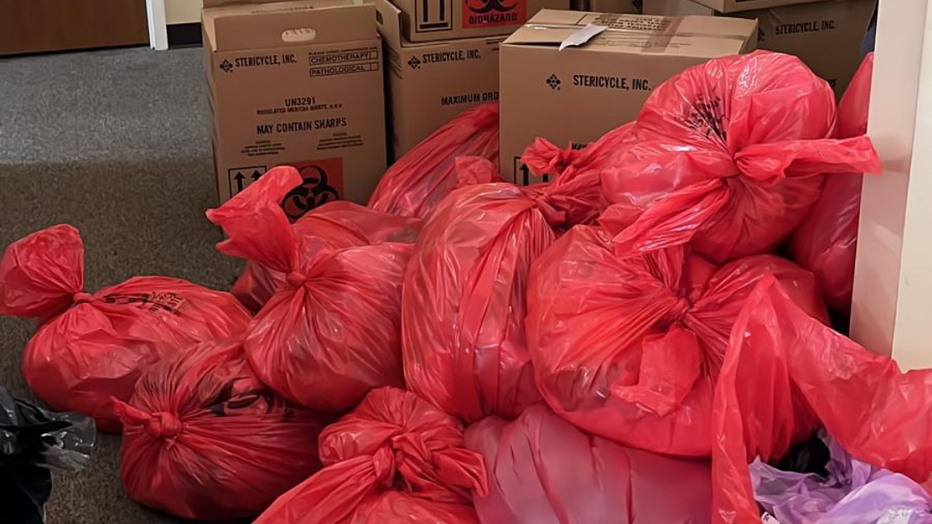 Bags of bio-waste taken by a Center for Covid Control employee who said tests were piling up inside the company's main offices outside of Chicago. (KTVU FOX 2)

Center for Covid Control advertised 300 locations, including in California and four in the Bay Area, until the company announced an abrupt "pause" in early January. They’ve since all been shut down "indefinitely," according to the company’s website.

California Attorney General Rob Bonta announced an investigation into customer complaints over missing test results and concerns about their accuracy.

Earlier this month, Bonta sent a letter demanding Center for Covid Control provide evidence the company is in compliance with the state’s lab licensing and testing requirements.

"I was horrified…changing collection test dates for people," ex-employee Shayna Lange said. "We were not registered with the state [California] to process any tests." 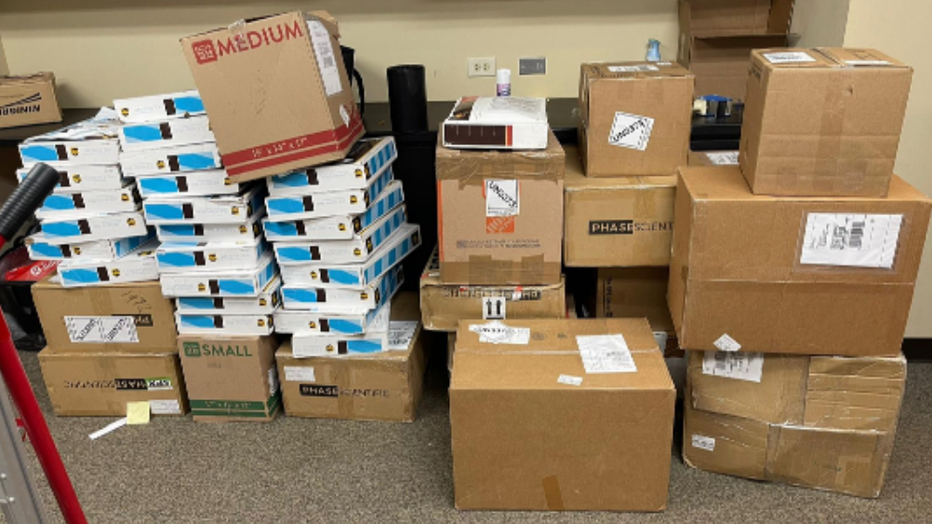 Lange estimates nearly 10,000 samples were delivered to main offices each day as more and more customer complaints came in after the holidays with unprecedented demand for tests and climbing cases.

Pino said the company’s partnering lab, Doctors Clinical Laboratory, is nothing more than a front with swabs coming to the same office building where he said proper handling wasn’t happening.

Despite repeated attempts, the owners did not respond to KTVU’s requests for comment.

Among the allegations in the lawsuit, employees were instructed to mark customers as ‘uninsured’ even if they weren’t all while billing the federal government for those tests.

"They took advantage of that by expanding even though they knew we were already drowning," Lange said.

While the company’s partnering lab does have federal certification, California's Department of Public Health said it doesn’t have a state lab license or registration.

And neither does Center for Covid Control, which is required of any place that tests specimens originating in California.

CDPH confirmed it is investigating both businesses, too.

Some customers said they were surprised to find pop-up centers across the country closed in early January.

Center for Covid Control posted a press release to its website calling the closures a "pause to train additional staff on sample collection and handling, customer service and communications best practices, as well as compliance with regulatory guidelines."

Since then, the FBI has served a search warrant at the companies’ main offices.

And Minnesota’s Attorney General also filed a lawsuit for failing to report results, including to the state.

Workers admit even they didn’t know what was what and admit many customers received false negatives.

"I thought we were just in over our heads," said Pino. "There was no coming back at that point."