California wildfires are in better shape than this time last year, but that may not last

Though the Oak Fire is largely a remote mountain wildfire, we are entering California's worst fire months: August, September and October. KTVU's Tom Vacar has an assessment on how things are going so far this fire season.

OAKLAND, Calif. - Though the Oak Fire is largely a remote mountain wildfire, we are entering California's worst fire months: August, September and October. So, let’s take a big picture look at what we're doing and what we must absolutely do to mitigate wildfire worries.

At this point, California's wildfire picture is way better than last year. But without far better forest thinning and management, it doesn't look to last.

The Oak Fire is one of the few wildfires that got away from Cal Fire this year. As of Tuesday morning, Cal Fire said it stands at 18,087 acres and is 26% contained. Late rains bought us some time in May and June.

Cal Fire's massive response to jump on any and all fires kept acres burned low. "We have a lot of resources. They're arriving every day," said Jonathan Pierce of Cal Fire. 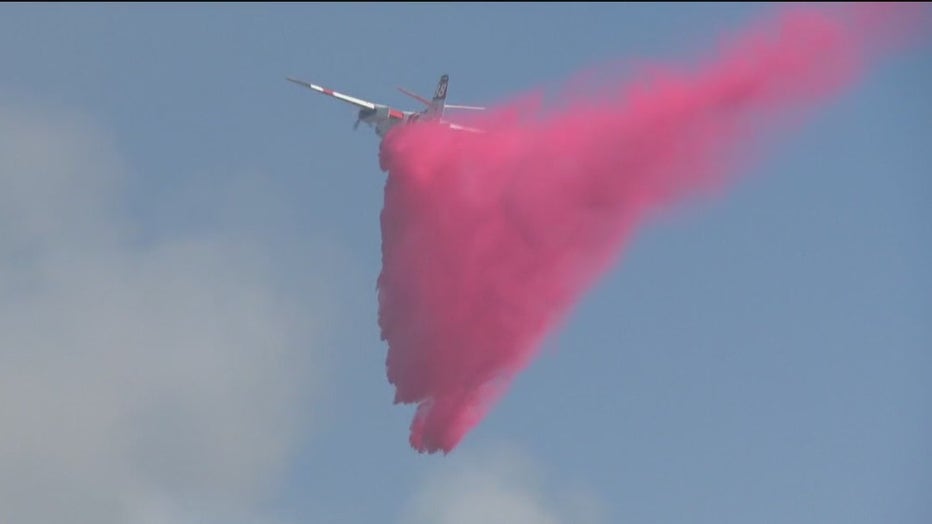 Wildfire seasons are 40 to 80 days longer today on average, than back in the early 1990s.

What’s happening? "Forest conditions have also gotten worse because of no fire, no respiration thinning and cumulative impacts," said Dr. Stephens. No doubt, jumping on all fires ASAP in the short-term abates wildfire. "I think Cal Fire, to their credit, is trying to do this as best they can," said Stephens.

But, not focusing on long terms risks by aggressive forest thinning and conducting a lot more prescribed burns than now, Stephens says we're predisposing forests to burn. Since settlers arrived, California has gone for 40 trees per acre, three to 500 trees per acre. We must get to where people, not the wildfires, must manage the forests. "We just put off the inevitable and, unfortunately, the inevitable is generally, in the worst conditions," said Stephens.

Right now, U.S. effectively suppresses 97 to 98% of wildfire ignitions. But, the remaining 2 to 3% burns because they build up massive amounts of dried up brush as well as dry trees, dead and alive, waiting in the wings, to explode into extreme mega fires, requiring mega responses.

As we move into August, the Diablo and Santa Ana winds will begin blowing, typically peaking in October and November. "When you get a severe wind, it basically enhances all fire possibilities," said the fire scientist. Interesting to note, however, even those winds have not worsened. "We have no conclusive evidence that actually we think winds are being enhanced or changed at all changed at all by climate change," said Stephens. But, they will be blowing on some of the worst fuel conditions ever.